The original beer of Bavaria

It does not get much more historical or more noble than this: Until the 1930s this was Bavaria’s only beer. Despite the later success of Münchner Hell, our Münchner Dunkel is still a star today: Mahogany brown, sparkling with full flavour and roast aroma with a hint of dark chocolate. Under the creamy mocca-coloured head beats a strong Munich heart of finest barley malt.

The hardness of Munich’s water was a blessing for this beer. Historically, normal drinking water was used instead of today’s soft water from deep wells. In ancient times, it was a real challenge to brew Münchner Hell with Munich’s drinking water. But it was ideal for the strong nature of Münchner Dunkel. Up until the end of the 19th century, Dunkel was considered to be the most noble beer of all. And, being experts on the subject, the people of Munich drank no other. Even today, the characteristic roast malt aromas are powerful, intensive but also soft on the palate, with sweet hints of chocolate and liquorice – typical for this style of beer. Hops are just a decent flavour note. A beer with an overwhelming profile that goes best with equally powerful dishes like game and roast duck, although experiments with sweet dishes like Kaiserschmarrn and almond cakes are well worth a try. 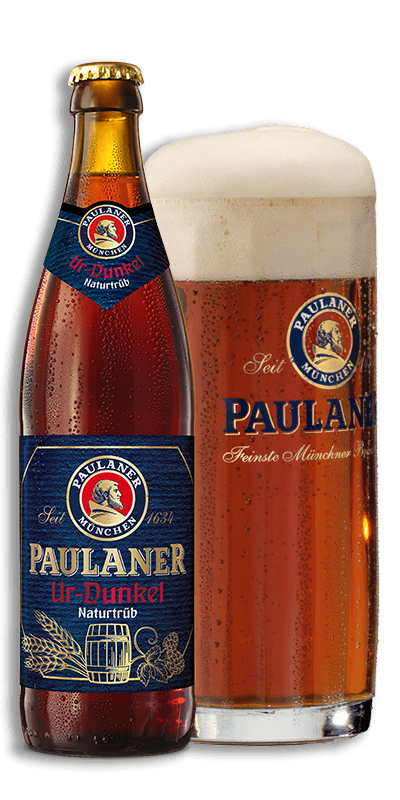 Our Ur-Dunkel is brewed with the finest quality ingredients.